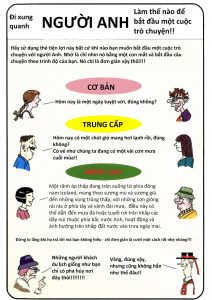 A. There are not enough classrooms at the Msekeni primary school, so half
the lessons take place in the shade of yellow-blossomed acacia trees. Given this
shortage, it might seem odd that one of the school’s purpose-built classrooms has
been emptied of pupils and turned into a storeroom for sacks of grain. But it makes
sense. Food matters more than shelter.
B. Msekeni is in one of the poorer parts of Malawi, a landlocked southern
African country of exceptional beauty and great poverty. No war lays waster Malawi,
nor is the land unusually crowded or infertile, but Malawians still have trouble
finding enough to eat. Half of the children under five are underfed to the point of
stunting. Hunger blights most aspects of Malawian life, so the country is as good a
place as any to investigate how nutrition affects development, and vice versa.
C. The headmaster at Msekeni, Bernard Kumanda, has strong views on the
subject. He thinks food is a priceless teaching aid. Since 1999, his pupils have
received free school lunches. Donors such as the World Food Programme (WFP)
provide the food: those sacks of grain (mostly mixes maize and soyabean flour,
enriched with vitamin A) in that converted classroom. Local volunteers do the
cooking –turning the dry ingredients into a bland but nutritious slop, and spooning it
out on to plastic plates. The children line up in large crowds, cheerfully singing a
song called “We are getting porridge”.
D. When the school’s feeding programme was introduced, enrolment as
Msekeni doubled. Some of the pupils had switched from nearby schools that did not
give out free porridge, but most were children whose families had previously kept
them at home to work. These families were so poor that the long-term benefits of
education seemed unattractive when set against the short-term gain of sending
children out to gather firewood or help in the fields. One plate of porridge a day
completely altered the calculation. A child fed at school will not howl so plaintively
for food at home. Girls, who are more likely than boys to be kept out of school, are
given extra snacks to take home.
E. When a school takes in a horde of extra students from the poorest
homes, you would expect standards to drop. Anywhere in the world, poor kids tend to
perform worse than their better-off classmates. When the influx of new pupils is not
accompanied by any increase in the number of teachers, as was the case at Msekeni,
you would expect standards to fall even further. But they have not. Pass rates at
Msekeni improved dramatically, from 30% to 85%. Although this was an exceptional
example, the nationwide results of school feeding programmes were still pretty good.
On average, after a Malawian school started handing out free food it attracted 38%

more girls and 24% more boys. The pass rate for boys stayed about the same, while
for girls it improved by 9.5%.
F. Better nutrition makes for brighter children. Most immediately, well-fed
children find it easier to concentrate. It is hard to focus the mind on long division
when your stomach is screaming for food. Mr. Kumanda says that it used to be easy
to spot the kids who were really undernourished. “They were the ones who stared into
space and didn’t respond when you asked them questions,” he says. More crucially,
though, more and better food helps brains grow and develop. Like any other organ in
the body, the brain needs nutrition and exercise. But if it is starved of the necessary
calories, proteins and micronutrients, it is stunted, perhaps not as severely as a muscle
would be, but stunted nonetheless. That is why feeding children at schools works so
well. And the fact that the effect of feeding was more pronounced on girls than on
boys gives a clue to who eats first in rural Malawian households. It isn’t the girls.
G. On the global scale, the good news is that people are eating better than
ever before. Homo sapiens has grown 50% bigger since the industrial revolution.
Three centuries ago, chronic malnutrition was more or less universal. Now, it is
extremely rare in rich countries. In developing countries, where most people live,
plates and rice bowls are also fuller than ever before. The proportion of children
under five in the developing world who are malnourished to the point of stunting fell
from 39% in 1990 to 30% in 2000, says the World Health Organization (WHO). In
other places, the battle against hunger is steadily being won. Better nutrition is
making people cleverer and more energetic, which will help them grow more
prosperous. And when they eventually join the ranks of the well-off, they can start
fretting about growing too fat.

Questions  1-7
Reading Passage 2 has seven paragraphs, A-G
Choose the correct heading for each paragraph from the list of heading below.
Write appropriate number (i-xi) in boxes 1-7 on your answer sheet.